The Oldest Hardwood Floors in the World: A Short History 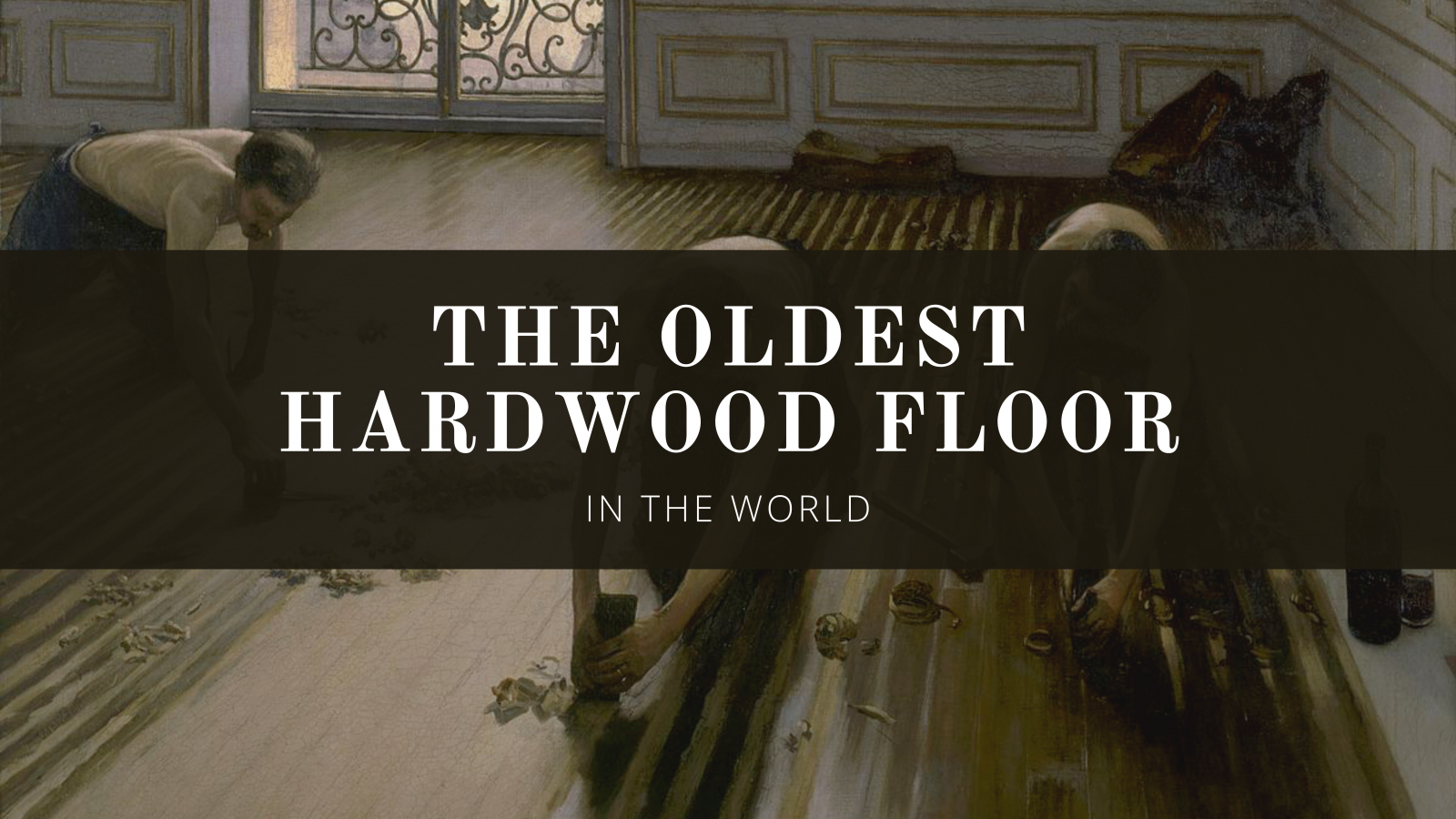 The history of hardwood flooring is a long and winding road that can often be difficult to trace. Many fragments of information have been lost to history. Thankfully, due to the remarkable durability of hardwood, many of these floors are still around to tell us their stories. So what are the oldest hardwood floors? Well, keep reading to find out!

Tracing its lineage back to the Middle Ages, hardwood flooring has held an integral aspect in the history of construction. Originally, buildings from that period were constructed out of wood with stone or dirt floors. As building techniques advanced and two-story homes became more popular, old-growth trees were used as building materials. By laying these planks across the second level’s structural supports, wood floors were “invented.” These second-story boards claim the title of the oldest hardwood floors in the world!

In the beginning, hardwood species were selected due to their proximity to the building location. Old-growth forests were spread across the land and what was grown there was what would be transformed into flooring. So, if you had a towering European Oak grove in your Essex backyard, it would be unlikely that Birch would be found throughout your home. With convenience being the most important factor, little design inspiration was put into the earliest hardwood floors. Instead, they were created with simple hand tools and as they were unfinished, scrubbed with sand to maintain them.

Fast-forwarding to Colonial America, old-growth forests were abundant. Cabins were most commonly constructed out of logs; however, their floors were not always crafted from the same material. In the case of the Braman-Nothnagle Log House, constructed in 1638 in New Jersey, hardwood was not added to the building for over 90 years, during which time the occupants resided with dirt floors. In fact, this building has one of the oldest original hardwood floors in America!

Above: Braman-Nothnagle Log House with an Early Ancestor of Our Unfinished Flooring

During the 18th century, ornately decorated interiors became especially prominent. This extended beyond just the jewel-toned painted walls and went into the flooring – literally. Stains and varnish were uncommon in this period, so the alternative was to paint them which many did. For hardwood floors not painted, they were expected to be covered with something such as carpet. This covering of the floors was mandated due to how hardwood floors were produced at the time; with structural grade lumber filled with blemishes and knots.

Above: A Baroque 18th Century Interior with a Flooring Pattern Similar to Our Custom Designs

The Industrial Revolution mostly ceased the practice of painting and covering hardwood. Steam-driven machines allowed for advancements that had previously not been considered due to the time or labor it would have necessitated. One such advancement was hardwood being produced in fixed-sized planks rather than the random assortment previously available. Another technology that elevated hardwood into the esteemed status it holds today was tongue-and-groove floorboards which concealed the nails previously needed for installation. This invention also led to flooring that was more stable and with fewer elevated irregular edges felt by feet.

Finally, in the 19th century, hardwood flooring began to finally represent what we now recognize it as; polished, smooth, and shiny with a uniform construction rather than a mishmash of randomly sized planks with a rough texture.

So, know that when you interact with hardwood floors, you are making history just as much as those in the Middle Ages or Victorian eras did. Your tastes, styles, and preferences will leave a mark that will be felt for decades, if not centuries.